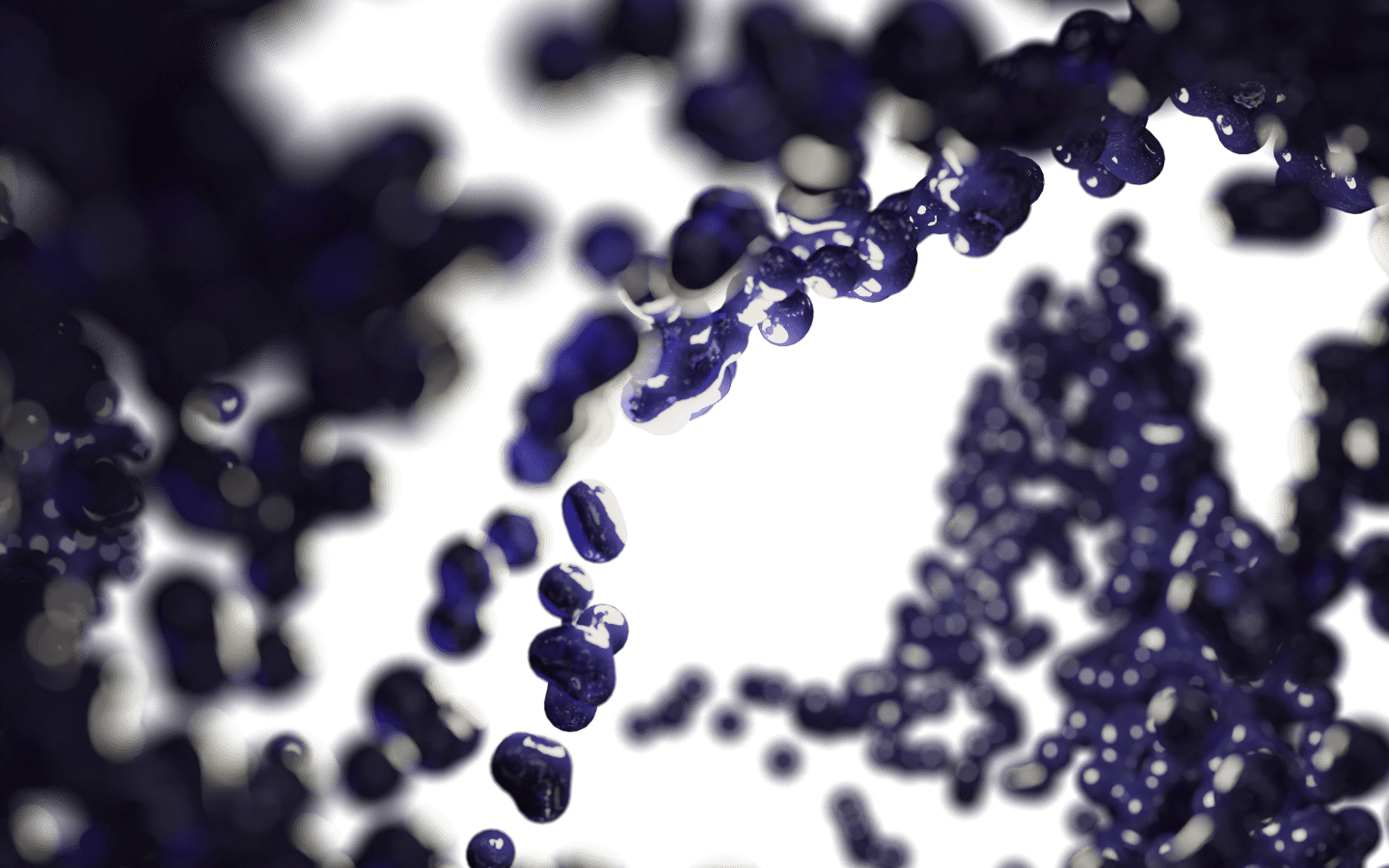 Beautiful, stable, and saturated with raw power, a Parcel is a mystical garden connected to the soul of the owner, providing a constant flow of energy, strength and protection. 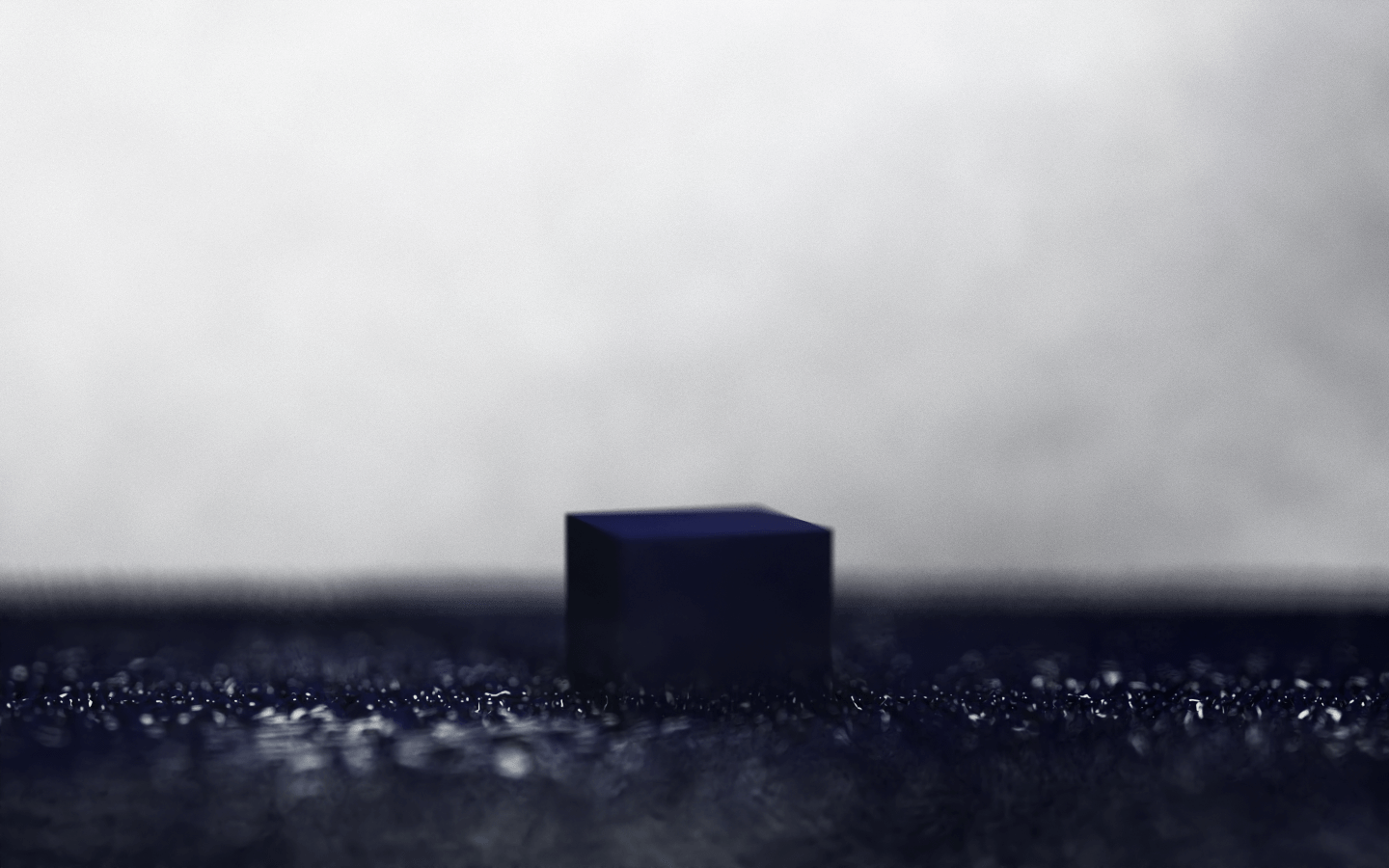 Aethereal Parcels are 10 x 10 in total tile size, made up of four ‘5 x 5’ plots. In appearance, Parcels resemble natural terrain from the game world, each parcel with a varying amount of artifact slots. Parcels can also be generated with special weather effects or monster dens.

Parcels will behave like any other piece of land in your personal dimensions, once they have been installed.

Once equipped, a Parcel enables the Player to activate Buffs through the use of Artifacts.

Every Aethereal Parcel has a base-line Buff. Additional Buffs are gained through use of Artifacts.

If your parcel has a monster den, a special creature appears within your domain. These will periodically give you extra loot drops, some of which could include artifacts!

20% of all Parcels will be enriched with a “Monster Den”.

Parcels will come in seven basic terrain types, based on natural environments found within the world of Ielia. Owning a parcel also awards you all tiles and objects visible within the parcel which you can use to decorate your Tatsumeeko personal dimensions.

A verdant plain, full of life, carved from the Aether by someone's significant will.

The trees in this enchanted jungle hum with mystical energies.

Though it's now arid, the sun-bleached bones of ancient creatures tell of a bountiful past.

The steep peaks of this range are only traversed by the most daring of aethereal adventurers.

Glittering pools and magical crystals draw settlers of all kinds to this aethereal paradise.

The wind may bring a bitter chill, but there's a certain comfort in the isolation this rugged land provides

Some Parcel Variants will be more sought after than others! Rarity rating of a Parcel is tied to the number of Artifact Slots available on that Parcel.

Each Parcel will begin as a 10 x 10 tile size “Base Layout” of a certain terrain. 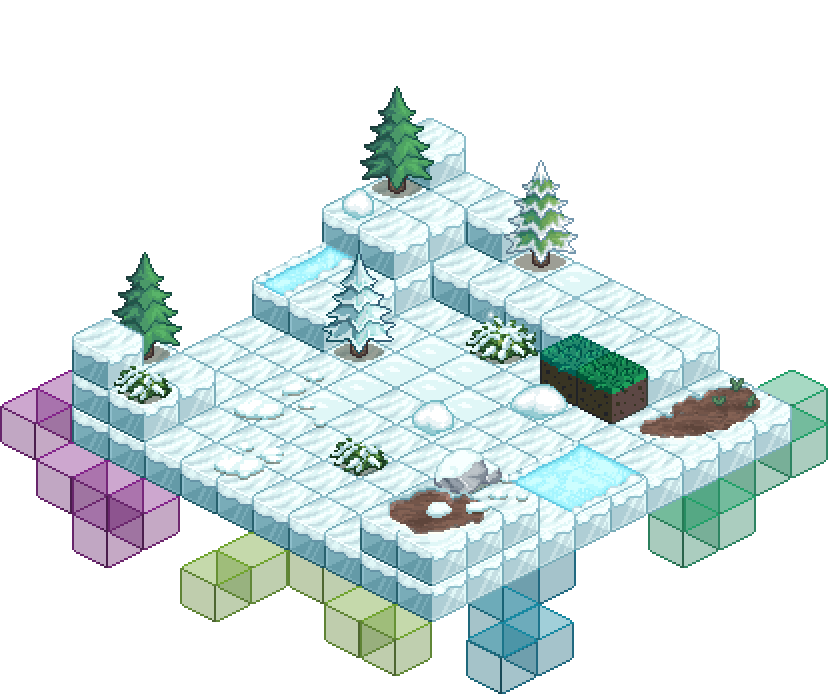 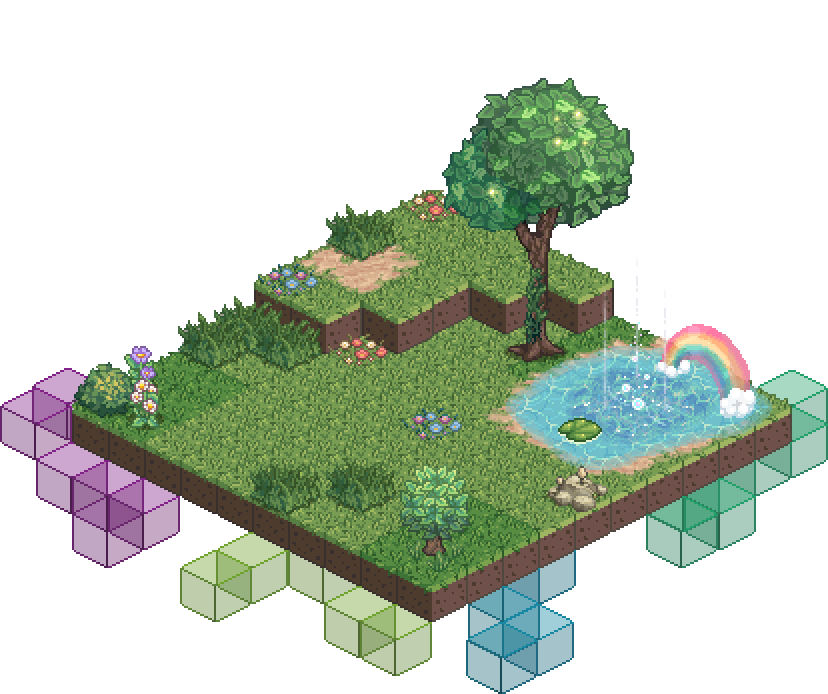 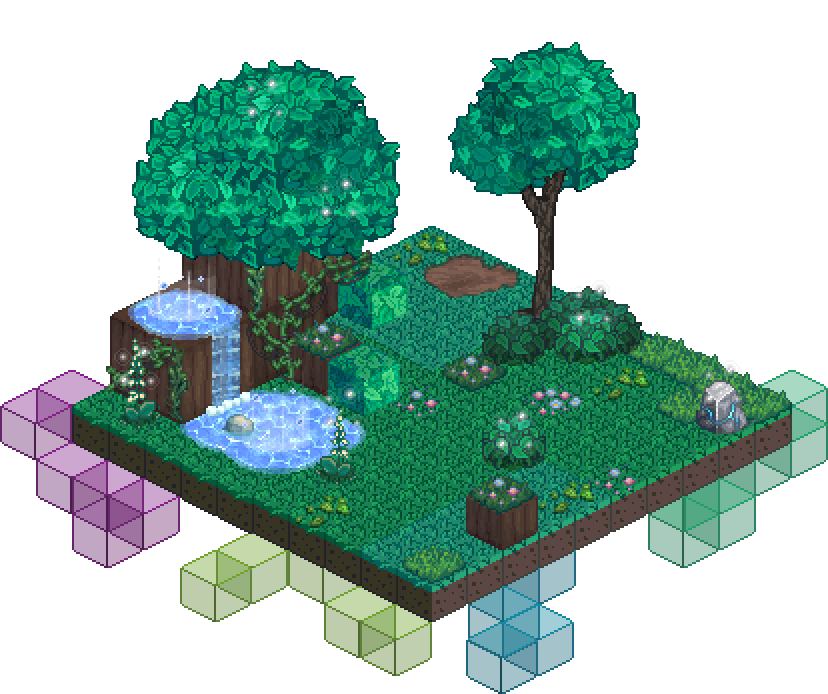 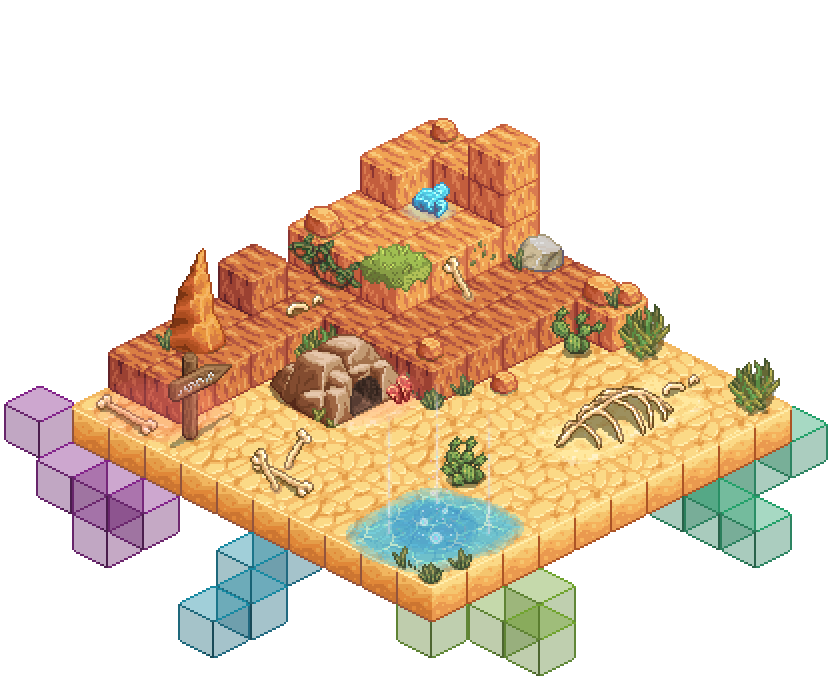 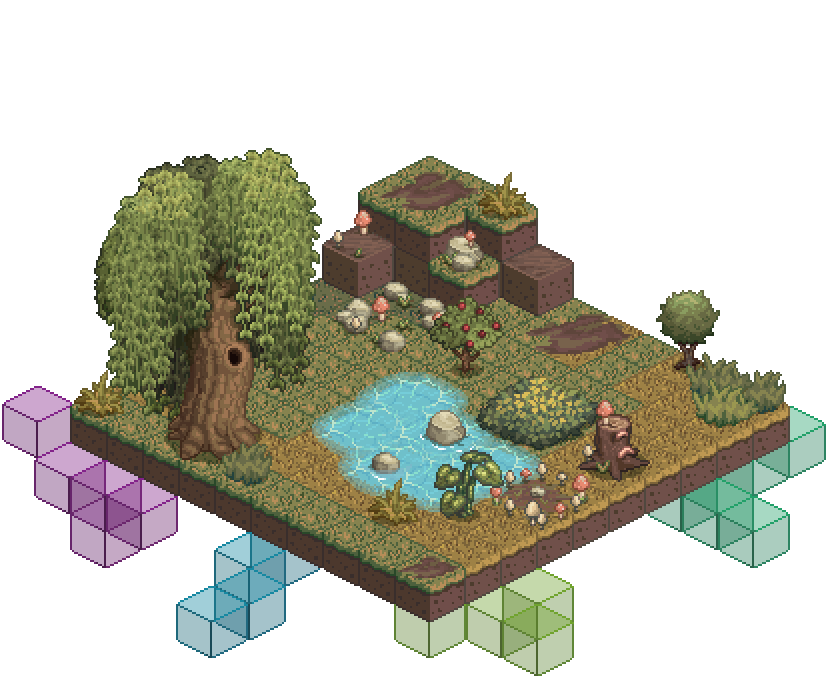 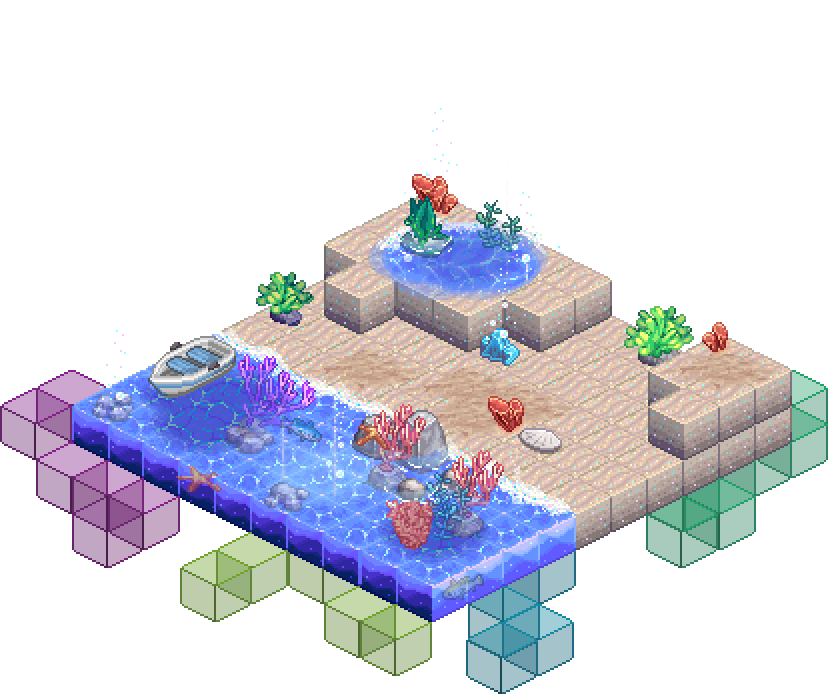 Some Aethereal Parcels come with an Artifact equipped.

All objects and tiles that you see on your parcel can be used to customize your own personal dimensions or your community dimensions! .

Customization options are meant to reflect the personal tastes of the owner, or to display trophies from their adventures.

Special weather effects may appear on random parcels. These effects provide an extra flair for your personal or community dimensions. 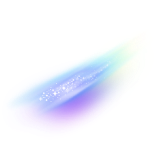 Gusts of Elemental energy sweep across the area, radiating in multiple colors. 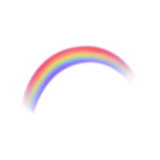 Gentle rains fall in the heart of your secret forest, catching and scattering the light into rainbows. 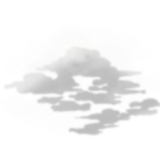 Soft clouds cling to the high peaks of your mountain domain. 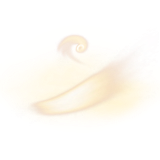 Whirling clouds rage through the lands, the visible evidence of powerful wind spirits. 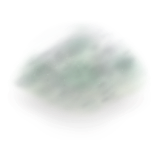 Mysterious mists rise from the still waters of the bubbling swamp. 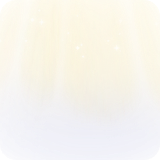 Celestial sunbeams indicate the use of Higher Magick to bless the land with protection. 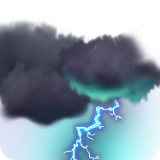 Pulses of Void energy betray the use of Higher Magick to imbue the land with power.

Gusts of Elemental energy sweep across the area, radiating in multiple colors.

Gentle rains fall in the heart of your secret forest, catching and scattering the light into rainbows.

One in five parcels contain Monster Dens. Cute & friendly monster critters inhabit these dens. They will bring you gifts if you treat them well! 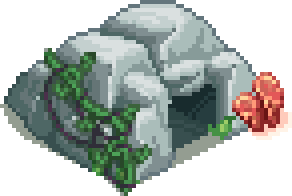 If you have a monster den on your parcel, you will receive one of these monsters.

Slimes have 30% chance of appearing as an additional trait unrelated to monster dens. They are purely cosmetic and bumble around in your dimension as cute companions.

A slime on your parcel might spell good news in the future...

Artifacts are highly sought after items obtained through lootbox and staking mechanics made available to all Aethereal Parcel NFT and Meekolony Pass NFT holders. Artifacts provide additive buffs to Players when equipped onto Aethereal Parcels.

Artifacts range from everyday objects imbued with some power, to legendary items once wielded by heroes and gods. 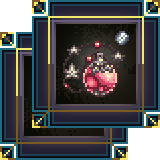 Artifact Buffs are stackable. If multiple Artifacts with the same or similar effects are slotted into a Parcel, their effects will stack.

Artifacts rarity are determined by their power and chances of appearing. 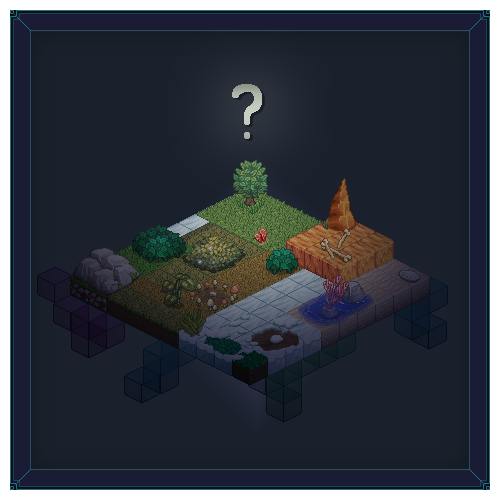 When first minted, each parcel is unidentified. 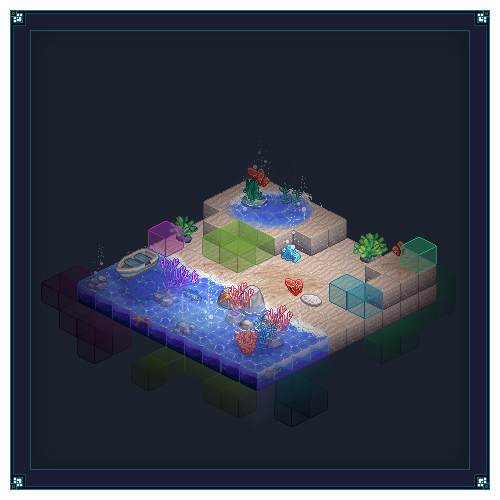 In the next reveal, the terrain type of the parcel is revealed.

The full reveal will show all attributes and corresponding animations.

* 1 for each Meekolony Pass owned

WHAT ARE AETHEREAL PARCELS FOR?

Parcels provide buffs which can further be enhanced by Artifacts. In the future, parcel owners can upgrade and share these buffs with their communities and friends. These buffs give passive bonuses to different gameplay aspects like combat, crafting or resource bonuses.

WHAT ARE ARTIFACTS FOR?

Artifacts allow you to mix and match the type of buffs that an Aethereal Parcel can provide. Each parcel comes with a default set of buffs but can be further augmented by equipping more artifacts depending on how many artifact slots a parcel has.

WHAT DOES AN AETHEREAL PARCEL GIVE ME?

Holding Aethereal Parcel in your wallet will award you a lootbox every week for each parcel held. These boxes may contain in-game cosmetics, artifacts, housing furniture or other goodies to be announced. Parcel owners are also given special Discord roles that give access to our DAO and holder channels.

WILL THERE BE MORE UTILITY?

As the game develops, we expect more features and benefits to be added to parcels.

HOW DO I GET WHITELISTED?

All Meekolony Pass NFT holders on will be whitelisted for this mint. Snapshot dates are TBD, and will be announced on our Discord channel. We will also be doing whitelist giveaways via various AMAs with communities throughout the Ethereum and Solana ecosystem, as well as dropping them on Twitter via partner communities.

Link your Ethereum and Solana wallet

Meekolony Passes are a 10,000 Supply NFT collection on Solana. These passes give you life-time subscription benefits to Tatsumeeko and other perks such as limited-edition cosmetics. You do not need a Meekolony Pass to play Tatsumeeko, the entire game will be free to play regardless of whether you purchase a pass or parcel.

WHEN ARE THE ARTIFACTS BEING AIRDROPPED?

A snapshot for the airdrop will be taken sometime in the future, after which Meekolony Pass holders will be given a period of time to link their Ethereum wallets for the airdrop.